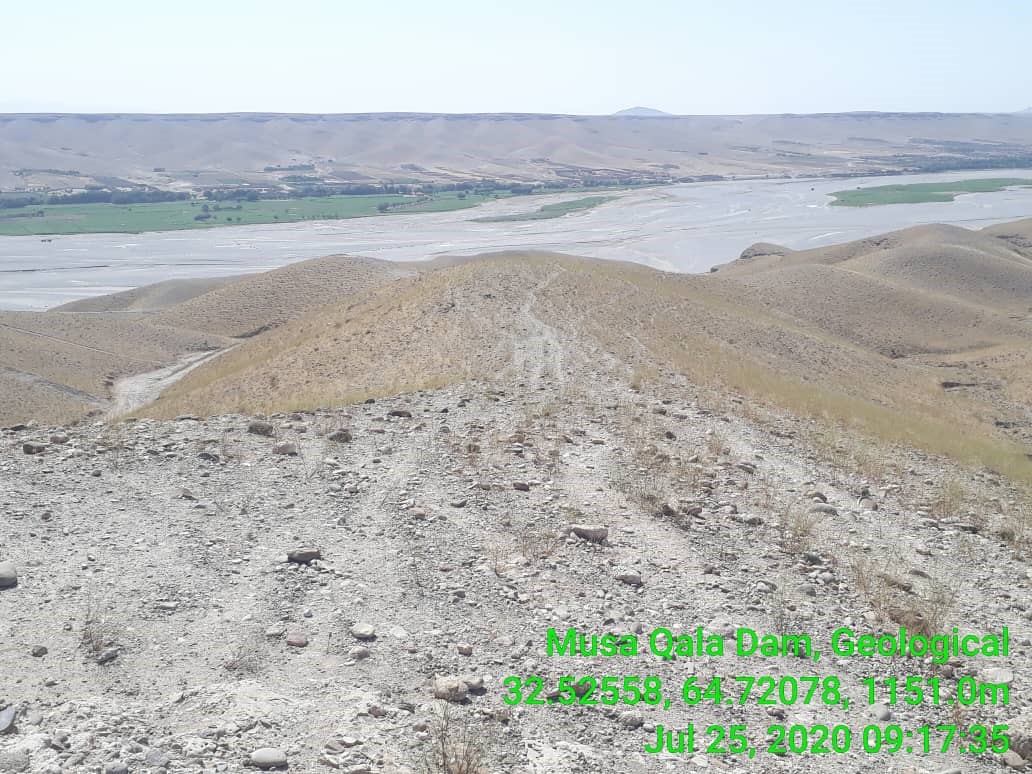 The project started on November 2020 and was completed on February 2021.

The project contained geological, engineering geology and geotechnical characteristics of Musa Qala Dam Project. These studies have been performed under the contract concluded between 77 Construction USA Corp Company and the Ministry of Agriculture, Irrigation and Livestock, and Omran Geotechnic Company as a subcontractor.

In general, Musa Qala Dam Project comprises a water conveyance system including a dam and canals. The project has aimed to supply water and develop the farmlands located in Musa Qala, Helmand, Afghanistan.

The main purposes of Helmand River Basin Development project were as follows:

2) Detail design of Structures for controlling water for irrigation and ground water recharge between Kajaki dam catchment and Musa Qala Catchment for natural streams and main, secondary and tertiary canals.

Summary of Field Works in Musa:

-  8 test pits were excavated at the administration buildings area of Musa Qala Dam,

-  Four test pits were excavated on the access road area.

-  For one borehole, Lefranc test has been performed in different stages